Despite pandemic madness, we decided to go ahead and release something digitally, for you to chill and groove to in quarantine. Out today, hailing from Glasgow: MONICA- ‘Celebration’: stream the album here.

MONICA are a multi-generational band of musicians and artists based in Glasgow who have been making music together in various forms and guises for over a decade.

The band, made up of Andrea Marini, Lloyd Herriott, Ariane Jackson, Simon Shaw, and Ian Stoddart, all hail from different musical backgrounds and bring different musicality to the combined sound making MONICA.

Originally forming around the solo material of Marini, they subsequently moved away from the folk-based sound of his 2004 debut, drawing from a much broader pool of references, creating a sound of ranging influences from across the musical spectrum; Curtis Mayfield, The Blue Nile and The Durutti Column are amongst their many touchstones as well as dub, minimalism and kosmische musik.

Their debut album, Celebration, has been in the making for a while and has arrived through experimenting with songwriting and groove-based improvisation, drawing on their established experience of playing together. This is evident from their synthesised sound that clearly draws from a complex range of musical influences.

The album was recorded in Glasgow & Inveraray by Geoff Allan, Matthew Burrows & the band. Artwork by Ariane Jackson-Marini.

‘Their debut album ‘Celebration’ has been out digitally for a couple of months, and is well worth seeking out for its lean soul pop chops, mellow folk-tinged reveries and the sultry influence of The Blue Nile in its laidback warmth.’ – The Scotsman newspaper (four stars).
by Mink Records
Keep Reading

Long awaited and highly anticipated: Torii’s brilliant debut album ‘Return To Form’ is finally out today. You can listen to it on your favourite streaming service – and the record is available on 12” vinyl through record shops, live shows and our webshop.

Big thanks to all the media platforms and radio stations who’ve said lovely things thusfar, including 3VOOR12 and The Daily Indie who published in depth interviews with Domenico (click on name to read). ❤️ and a big shout out to everyone who came to the sold out release shows in EKKO, Utrecht and de School, Amsterdam – and Spotify and Apple Music for their enduring support on the playlist front! 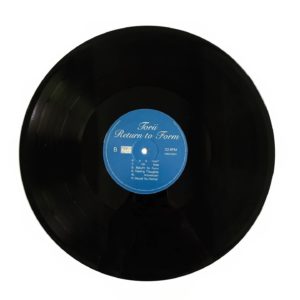 Out today: ‘Forward Retreat’, the second single from Torii’s debut album ‘Return To Form’, which will be available on 12” vinyl and streaming services from 21 February onwards ⭐

Much love to Spotify and Apple Music for the continued playlist support.

The artwork is a still from the upcoming music video for the track, created by Jilles van Kleef & Pauline Bauvin.

They’ve put out their single ‘Sell Me to the Wind’ today, available on all streaming services: have a listen!

Big thanks to Michiel Mutsaerts for recording, mixing and artwork, Bart Schatteleijn for mastering, Guillermo Almo Martín Viana and Ignacio Santoro for playing on the track. Photo by David Sinclair.

Something different out on Mink today: a collection of tracks by classical musician and sound healing expert Eline van Esch (who is also a solo flute player in The Hague Philharmonic Orchestra), specifically created for meditation, relaxation, sound healing, yoga, sleep, being in stillness… anything that involves winding down.
The album is available on streaming services, and on CD in our webshop.

We are very happy to support this project and thank Doris Veldman for recording and mixing. Artwork by Michiel & Marieke.

Torii shrewdly borrows stylistics and bends them to its whims, like on the sweltering soul melodicism of ‘Heat Lightning’, which thrillingly accelerates into a motorik-indebted slipstream.

Many thanks to Spotify for placing the track in New Music Friday, and all other radio stations, blogs and playlists who have shown their support.

The album release show in Amsterdam, plus shows in Utrecht and Rotterdam have just been announced:

The Hazzah’s debut album ‘Post’ is out today! Listen on your favourite streaming service through this link.

‘Post’ consists of 13 tracks and came into being over the summer of 2018, in recording spaces varying from high-end studios like Wisseloord in Hilversum, to a DIY temporary self-built studio in the headquarters of a scouting group in the North of Holland. Thank you to everyone involved in creating this record 🚀

‘Post’ is available on heavyweight 12” vinyl from 16/3 – at shows, from your local record shop, or in our webshop. Hope you like it!

Tomorrow we’ll celebrate with a release show at Paard, The Hague. Label mates Torii will be the support act, and afterwards we’ll head to Zwarte Ruiter for an afterparty with a DJ set by lovely ladies Cosmic Silk! Hope to see you there.

Two beautiful new tracks called ‘Sirens’ and ‘Cheating Monday’ by Scottish folk/blues trio Avocet are out today and available on all streaming services!

We’re celebrating tonight in Glasgow at The Old Hairdresser’s, from 20:00. Come down! 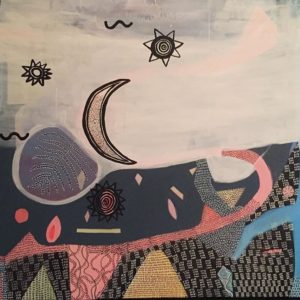 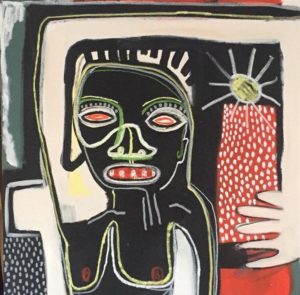 Big news from The Hazzah! Today sees the release of their first single ‘Sad’, from their upcoming debut album ‘Post’ – and the announcement of their album release show at Paard on March 16th! Check out the new track on all streaming platforms (click here).

You can now pre-order ‘Post’ on 12” heavyweight vinyl in our webshop too! 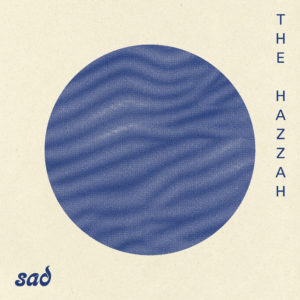 Amsterdam-based trio The Visual have released the second single ‘Under My Skin’ from their upcoming debut album ‘Moments of Being’ today! It was premiered over at 3VOOR12, who called them ‘one of their favourite new Dutch acts’, along with an interview with Anna. You can read it here. Big thanks to Spotify for all the support, placing the song in the New Music Friday and New Alternative playlists.

Listen to ‘Under My Skin’ on your preferred streaming service here.

The Visual plays the Song of the Year celebrations tonight at Tivoli Vredenburg in Utrecht. See you there?

by Mink Records
Keep Reading
We use cookies to ensure that we give you the best experience on our website. If you continue to use this site we will assume that you are happy with it.Ok