Today we released the first single from Pitou’s upcoming record! The track is called ‘Problems’, the video for which was premiered by The Independent. You can read their article here.

‘Problems’ is available on all streaming platforms, like Spotify. Big thanks to Spotify UK and Spotify NL for including the track in their playlists, including ‘New Music Friday’.

The Independent‘s Roisin O’Connor says:
‘Amsterdam-born artist Pitou has one of the most arresting voices to emerge from this year … she crafts intelligent folk-pop that balances the darkness and light of human emotion’
Complete Music Update say:
‘If she doesn’t find an audience vastly beyond the already growing fanbase she currently commands, everything in the world will have gone terribly wrong’ 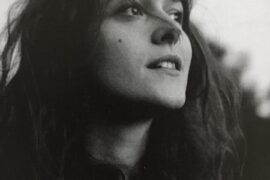